Motivate your kids with Habitica (And ditch the star chart)

Kids expect everything to be digital these days, lets face it a star chart isn’t going to cut it if your kid is hitting double digits. Enter the world of Habitica, where stars turn into virtual currency. That virtual currency can buy virtual armour, swords and other power-ups and allow them to do battle. The service isn’t specifically for kids but after seeking something to get our boy motivated for chores and tasks such as homework it’s one that has served us well.

The service used to be called “Habit RPG” which pretty much says it all, it uses the game mechanics of a RPG (Role Playing Game) to encourage habit building. Small rewards are given for performing certain tasks, these rewards are usually in the form of coins (both gold and silver). 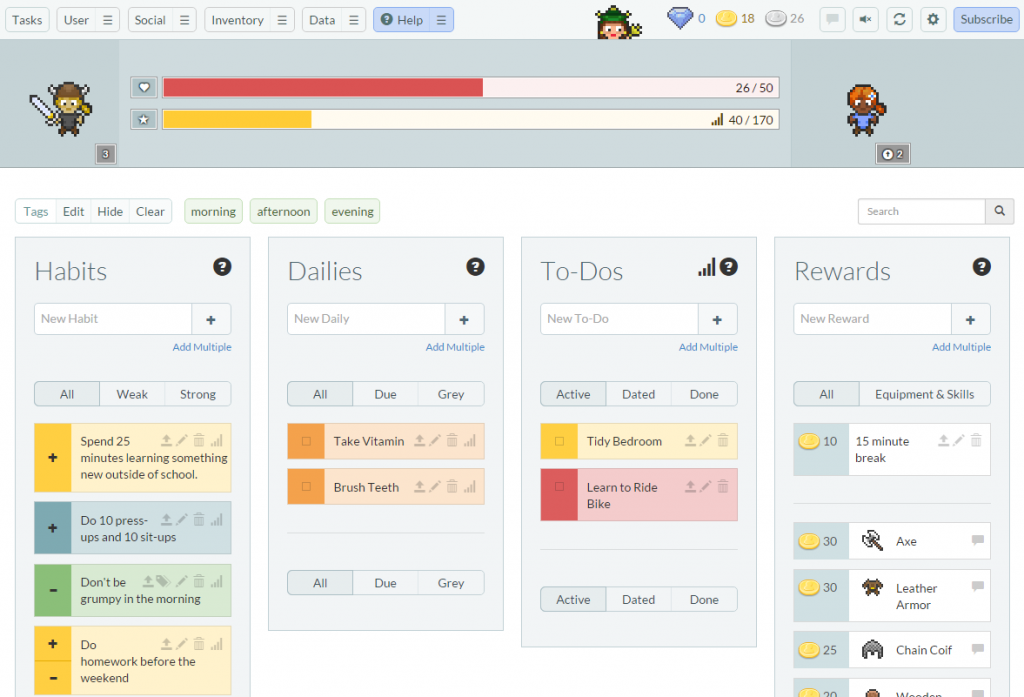 The coins can then be spent on virtual items such as swords and shields, the point being to battle monsters and take on quests. Yes this is the video game site for real life, perhaps the only kind of virtual reality to actually matter.

There are 3 sections to set yourself challenges at, the first is habits. These can be negative habits you want to get out of or new positive habits you are looking to build.

Dailies are activities you want to perform each day, every day and To-Dos are those occasional tasks that have to be done. It’s possibly to set tasks within those To-Dos also which allows you to break them down.

Whilst not strictly designed for kids, it’s clear to see the potential benefit of using such a service under supervision to help your child develop healthy habits.